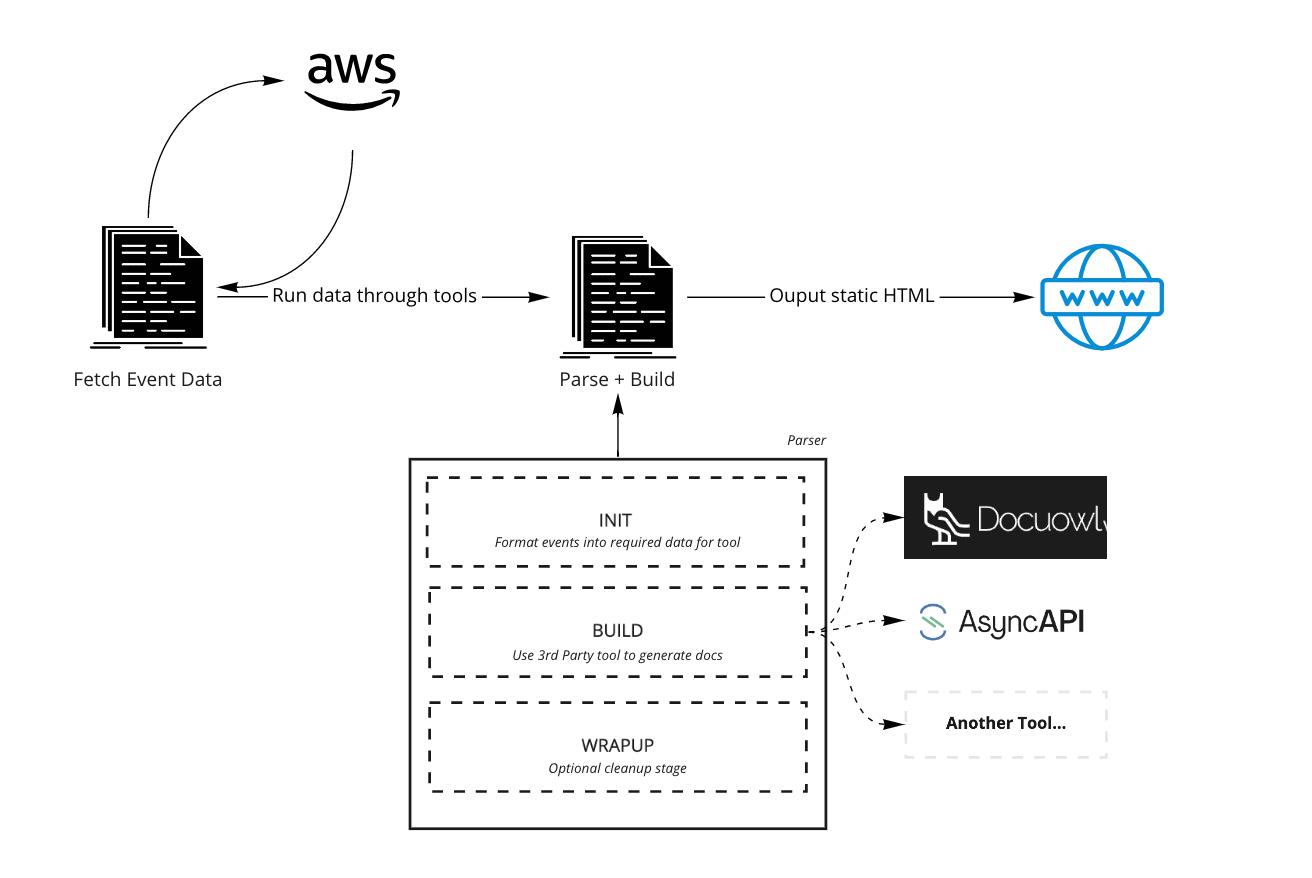 EventBridge Atlas is quite simple under the hood. It just merges a few tools together and generates documentation for our schemas.

You could split EventBridge Atlas into these parts.

The aws-sdk is used to fetch:

You will need to turn Event Discovery on for this application. But more on this later.

EventBridge Atlas is built around its parsers, these are the scripts used to generate your documentation into the format you wish.

So once we have the information we need from AWS, EventBridge Atlas with take your chosen format and generate documentation for it.

Parsers are build up in three stages

The init stage of the parser is used to generate the required format for the 3rd party tools.

For example, the init stage of the docuowl parser, will generate the required markdown files needed for docuowl.

The build stage of the parser is used to use the 3rd party tool to generate the documentation and output (HTML).

For example, the build stage of the docuowl parser will run your markdown files through docuowl to give you documentation!

The wrapup stage is called and used to wrap up what ever you want, maybe extra tidy up on files, or mutations to output files from the 3rd party tools.

Support parsers are the moment:

Each parser will generate static HTML which is great. You can run this locally using our commands (more on this later), or host wherever you like.